You are here: Home / Health + Fitness / How a $40 Bet Tricked Me Into Liking Cardio
This post may contain affiliate links and/or PR samples.

I’ve never understood people who genuinely like running. Up until a month ago, I hate cardio was my fitness mantra. Or at least that was my excuse for forgoing cardio altogether. I preferred the badass feeling that came with lifting weights over the huffing and puffing of cardio. I mean, why would anyone willingly put themselves through that torture? That all changed when I had the chance at winning $90k with RunBet.

For the better part of 2017 I was mostly lifting weights and not getting in a lot of cardio. After taking a quick break from Grace Fit Guide and trying out BodyBoss HIIT workouts for a couple of months, I decided that what I really needed was weight-lifting and cardio regimen. I purchased Anna Victoria’s Fit Body Guide during a Black Friday sale. Her guides hit the sweet spot between weights and cardio and I started leaning out again.

However, life got in the way (ahem, kitchen) and I started slacking in the cardio department. I was putting in the bare minimum, I stopped seeing progress, and I knew I had to change things up again. I now know why people are constantly trying new routines for fitness. Your body gets accustomed to your routine and you need to change things up.

That’s when Anna Victoria sent out an e-mail blast about her idea to help everyone meet their cardio goals while having a little bit of competitive fun and the prospect of making money in the process. She kicked off this new thing called RunBet with thousands of players…and the jackpot was over $90k!

If RunBet sounds like DietBet, you’re on the right track to understanding how it works. Unlike DietBet, where you bet that you can lose 4% of your body weight in four weeks, your wager on RunBet depends on the challenge selected. For this challenge, I bet $40 I could run 4x a week for 4 weeks for the chance of sharing the jackpot of $90k with whomever remained in the race.

You can run outdoors or on a treadmill. If you choose to run outdoors, you need to have a GPS-enabled app like Garmin, Strava, or RunKeeper sync with the RunBet app. If you prefer to run indoors (like me) you need to take a sweaty selfie and a picture of your treadmill’s readout after your run. You upload both photos, and the referees will look over your submission. You can only run once per day. Sometimes people had problems with their running app not syncing with RunBet, so I’m glad the selfie option was available.

I felt my chance at success was much higher than a DietBet. My endomorph body type does NOT lose pounds easily, so expecting to lose X amount of weight in four weeks’ time is not for me. (IMO, the Transformer and Maintainer programs seem more reasonable). For example, when I started BBG, the scale went up for the first two weeks, and I didn’t see the scale go down for another 5 weeks.

My biggest hurdle? I haaaaaaaaaate cardio!

From April 2nd to April 27th, I never missed a “run!” I have air quotes around the word run because I’m not a runner. The minimum pace on this RunBet challenge was 18min/mile. Which, in case you didn’t know, is really more of a brisk walk. About half the time I walked 3.4mph – 3.7mph on my treadmill. Sometimes I attempted to run a steady 4mph, and other times I did intervals between walking and running.

As time went on, I realized I LIKED my treadmill sessions! I experienced the “runner’s high” a couple of times, and wondered why I never made cardio a priority. WHO AM I???

After the second week, I noticed that jeans that had previously gotten tighter starting to loosen. By the fourth week, these clothes fit much more comfortably. I felt more confident in my skin, and I started loving my body again.

I’m sure you’re wondering if I won $90k. Apparently LOTS of people were equally as eager (if not more than) as I was to win. In the end, I walked away with $43, a much improved cardiovascular system, and a lot more self-confidence. And–dare I say it?–a slight preference for cardio over strength training. WHAT?!

I can now see how some people love cardio. In addition to it tiring out your body, cardio (whether steady-state or interval training) is also a mental challenge. Thirty more seconds. Fifteen more seconds. One more lap. Ok, now one more minute. Ok, time to raise your heart rate. In all of my 16 RunBet sessions, I continually pushed myself while also keeping my cardio sessions varied to avoid boredom.

I’d be lying if I said I hoped for everyone’s success, haha. I was hoping more people would fail (to increase my earnings). I was disappointed in how many people got “doctor’s notes” to safely exit the game while keeping their $40 wager. It kinda bummed me out, and reduced my earnings, but you can’t really place a dollar amount on health.

On our trip to Arizona (recap post coming soon!), I was in the third week of my RunBet. I did not make excuses and continued my dedication even while on the trip. I’m one of those weirdos who prefers the treadmill over the natural landscape, as the treadmill is kinder to my joints and I can workout longer in air conditioning.

I’m not sure I would have survived this challenge without a buddy. Luckily for me I got Chelsea interested in this challenge. We started out as acquaintances cheering each other on, to forging a friendship despite the hundreds of miles between. It also helps that we’re both competitive and like to beat the other’s daily step counts on our Apple Watches ;)

It’s no coincidence Anna Victoria calls her fitness app Body Love. I have learned to love my body not because of the physical changes I’ve experienced, but because it has responded with growth, endurance, and better health.

Truth be told, I somehow stopped lifting weights. It wasn’t intentional, but going from lifting weights 3x a week and cardio 2x a week, to cardio 4x a week turned my fitness routine on its head. After my RunBet was over, I “cashed out” my “earnings” and entered a new RunBet with an identical goal. Suddenly, lifting weights wasn’t a priority. I know that I really should continue lifting weights for bone health and metabolism health, but right now I’m really enjoying having cardio take center stage.

A lot of fitness Instagram accounts I follow talk about how they do very, very little cardio and only lift weights for fat loss and maintenance. I’ve learned that my body does not respond well to this. I really must have lots and lots of cardio. Something that once sounded like the end of the world to me is no longer such a despair.

I was afraid of losing muscle mass, but my weight hasn’t dropped at all despite looser clothing. Through RunBet, I realized that I really can have cardio take up the majority of my fitness regimen without sabotaging my muscle growth.

This is my fourth and final week of my second RunBet. Do you wanna take a wager on what I’ll do once I finish?

Have you ever had a change of heart about cardio? 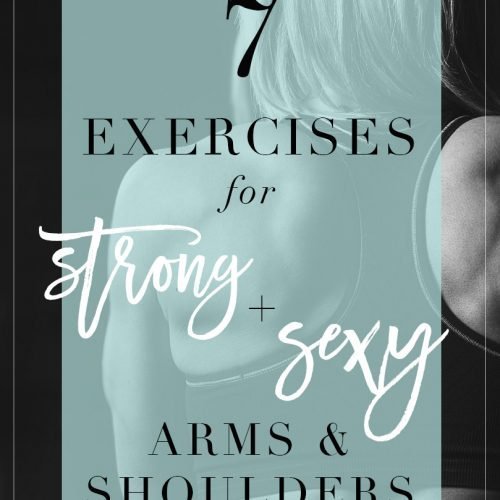 Why I Joined Beautycounter